After reading this article you will know:

What are callback actions

You can check Enable callback action to open the callback settings. You will find the options: 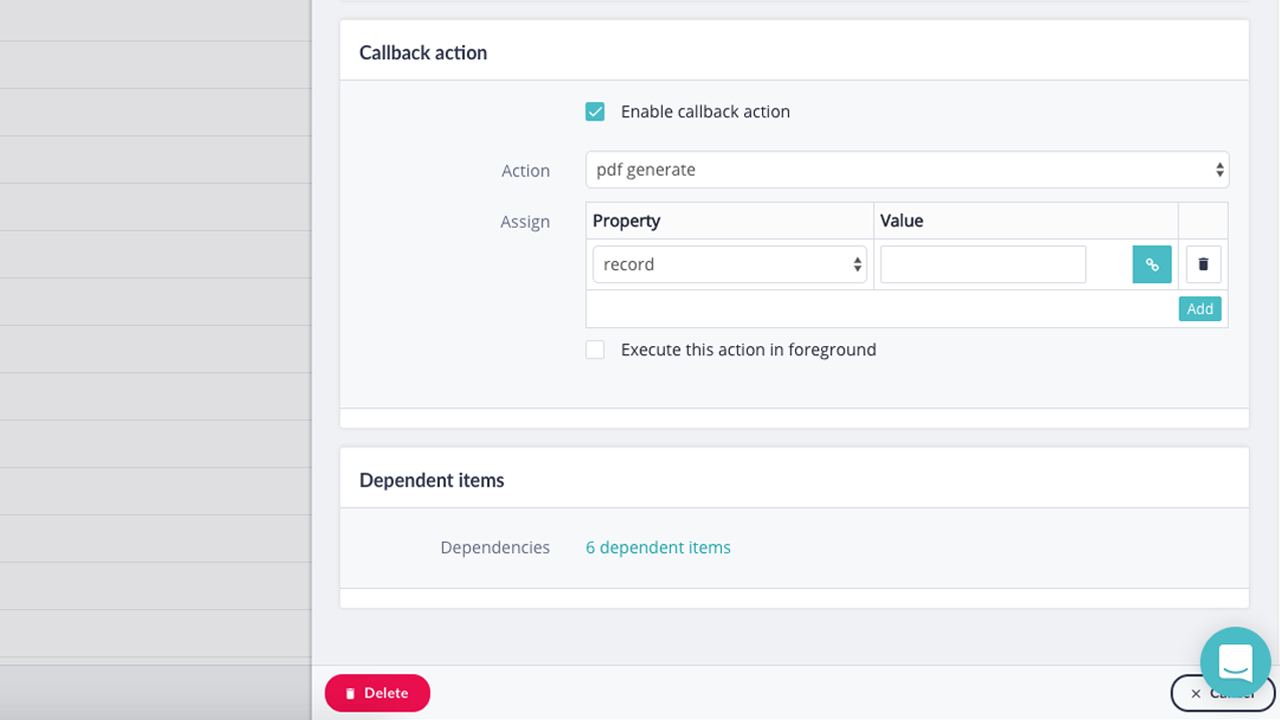