All Collections
Next-gen actions
Actions explained
What are actions?

Main characteristics and use of actions for building an application.

Written by Betty Blocks
Updated over a week ago

After reading this article you will know the following:

Imagine you are an accountant who needs to create and send bills to clients. Also, you have to make sure they have been paid. If you were about to do all this work manually, it would take a lot of time and effort to create invoices in Excel, then send them out by typing in clients’ email addresses, and finally, make sure to check the account for payments. With properly set actions, you are able to automate all of these processes in one application!

Actions are made to automate processes and provide logic in your application. The logic is executed when certain events are triggered: a user clicks a button or sets the timer for some event to happen at the exact time. You can create your own workflow in the action builder by adding action steps. Action steps will serve as a logical construction as the events will be carried out on conditions that you set yourself.

The construction of action events that are executed within your actions is called action flow. As you build an action flow, it consists of action step sequences. Betty Blocks provides a set of functions out-of-the-box to compile the action flow. Functions are aimed to perform various inputs, many of which are variables, and interactions between components. Functions are divided into such categories as Authentication (Authenticate User), CRUD (Update, Delete, Create Record), Debugging (Log Message), External (HTTP(S)), Flow (Loop, Condition), and Miscellaneous (Upload File). 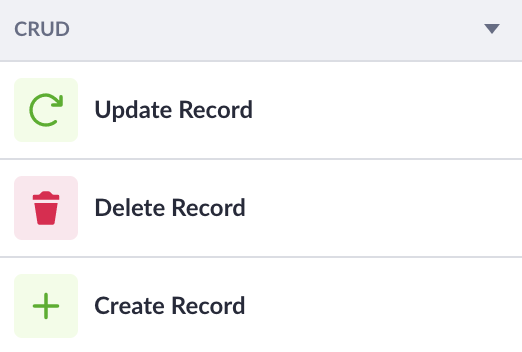 CRUD category of action functions that are ready to use by default.

As functions get added onto the action canvas, they become action steps - functional units of action workflow. As mentioned above, action steps serve as a logical construction of your action flow. By default, the action flow consists of Start and End steps, further you add a series of steps between these two points. The order in which events are applied provides the logic of the workflow. Each action step has its own purpose and affects the overall action flow. The overview of each action step functionality is available in this article. 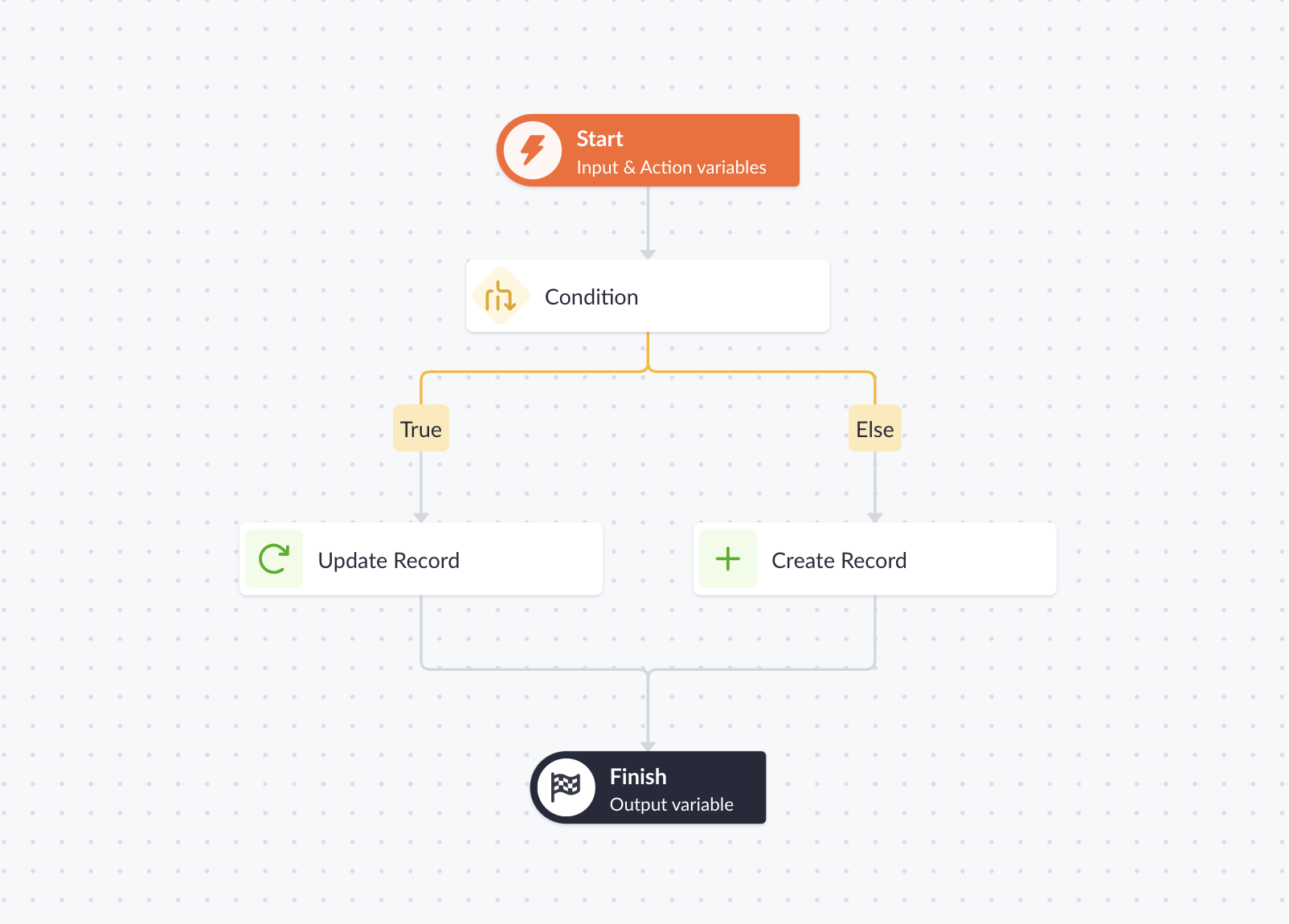 Action capabilities are not just limited by functions given out of the box by default. Betty Blocks also gives a possibility for pro-coders to build their own custom functions or add them from the block store. It opens up new exciting realms for those who are seeking discoveries! 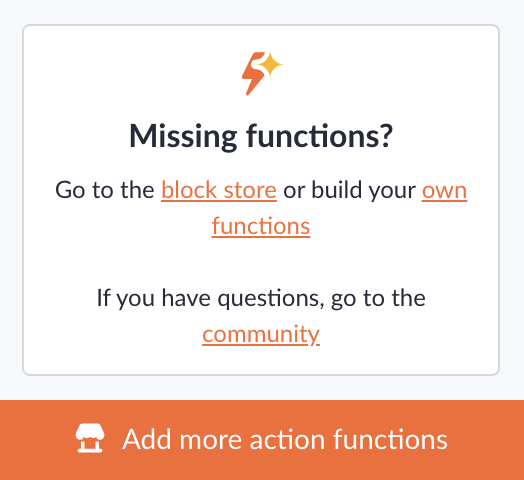